A 2nd Big Bang could be discovered in the next few years by the WEBB space Telescope - what might happen when and if?

2nd Big Bang discovered by the Webb Space Telescope - (Just Kidding)  But what if?

LEARN MORE
As you may be aware - the 1st Big Bang which most astronomers believe took place around 13.7 billion years ago, created all of Heaven and Earth.  Over the initial seconds of the Big Bang, the universe had all of the God Particles (Higgs bosons) it would need for billions of years into the future.
After the first few million years after the initial 'Complosion' of the Big Bang, the God Particles had created all of the protons, neutrons, electrons and all the other subatomic particles that the universe needed into the future.  ('Complosion' is a word I created to describe what really happened at the Big Bang because it was not an explosion and it was not an implosion, but a kind of combination of the two types of events or a 'Complosion'.  I know this is difficult science - trust me - you'll catch on later.)
Over the next few billion years after the 'Complosion' of the Big Bang, the subatomic particles would agglomerate into atoms, the atoms into molecules and so gradually, the universe became filled mostly with Hydrogen, Helium, Iron and other essential elements to create the stars and eventually the planets and galaxies of stars would come together due to gravity.
LEARN MORE
In my book, you will be thrilled to learn that if and when the 2nd Big Bang hits near our section of the universe, we'll be prepared for it.  The world could end before the 2nd Big Bang especially given the threat of nuclear war, the global warming crisis, the economic disasters, the gun violence in our schools, the pandemic global viruses, etc.
BUT, if there is a silver lining to our present situation - AND THIS IS A SMALL CONSOLUTION FOR MOST OF US - it's the fact that Jeff Bezos and Elon Musk are currently building space craft that could soon transport a small number of us to other planets where we could sort of lie low, keep the faith, build up our species to be smarter, stronger, more cooperative, more intelligent and then come back to the Earth after the Earth came back to normal living conditions in a few thousand or maybe as long as a few million years from now, depending on how much damage is done.
If you ever want to enjoy a great Science Fiction novel that answers all of these questions PLUS gets us all prepared for the most unique and magical experiences in the universe, this book - The 2nd Big Bang or my earlier work - My Cosmic Brain - could be just the book for you.
SOON to become a major motion picture - keeping fingers crossed?  Thank You.
REVIEWS are always welcomed.
The Author

The 2nd Big Bang - Happening Now on Audible Books. Get your copy today to Be Prepared.

Get Your Copy Today
Thanks for Listening!
at August 13, 2022 No comments:

The 2nd Big Bang - Meditations as the World Comes to an End. Shop for gifts for that special someone with the LOGO on them.

You'll want to shop here at our My Cosmic Brain Official Gift Shop - NOW - while the supply chain holds.

T-Shirts, Mugs, Hoodies, Phone caddies, Aprons, Clocks, Canvasses, Bumper and other Stickers, Posters, Wall-hangings, Hats, Totes and much more - something for everyone.
CAFEPRESS.COM/2NDBIGBANG

Your planet thanks you.

The 2nd Big Bang is on the way. Where will you be when it hits? New Online Course Drops Today

The 2nd Big Bang on the way to this part of the universe - OUCH! 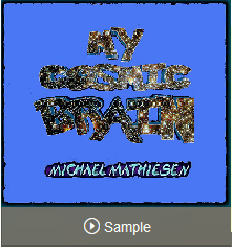 The Webb Space Telescope started to post its new images of the farthest reaches of the universe through NASA websites and the effects are AMAZING - not only NOW but on the FUTURE of all Mankind! 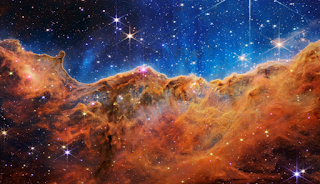 However, in my book, the Webb Space Telescope helps us see the emergence of the 2nd Big Bang.

It's coming out of the same area of space as the original Big Bang, but this time, it's going to UNRAVEL all of Space Time in a very peculiar way.

They then calculate that it is expanding about 1,000 times the speed of light and will arrive in our vicinity of the universe in approximately 10 to 15 years.  What happens next will blow the minds of every intelligent species now existing in the universe including the humans of which you are one.

WHEN you read my book, you'll know more about the universe than any other Astronomer earning their living today - even with the Webb and the Hubble.

A 2nd Big Bang could be discovered in the next few years by the WEBB space Telescope - what might happen when and if?

2nd Big Bang discovered by the Webb Space Telescope - (Just Kidding)  But what if? The 2nd Big Bang LEARN MORE As you may be aware - the 1s... 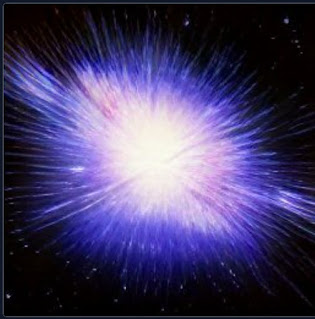 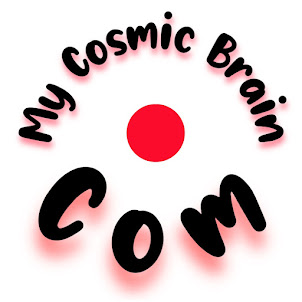 My Cosmic Brain and the 2nd Big Bang

Author of The Green New Deal
I am the author of over 100 books about Science, Cosmology, Politics, Physics and even Science Fiction. Titles include America 2.0, Anti-Matter, Brain Drain, The God Particle Bible, The Origin of Creation, Real Elections 2020, The Global Constitution, Only You Can Help Save The Earth, The Future of Cars, Metamorphosis - #AI Cocoon, Maxtricity - the Science of Entangled Electrons, Can Electrons Learn, Autonomous Government, The 4 States of Consciousness, Born Again - The 2nd Greatest Story Ever Told, The Green New Deal, The Future of Cars, A Course In Miracles, AND my latest - The Science of Physics - Proof That God Exists. I hope to win the Nobel Prize in Physics and/or Literature. I'll take either one. I'm a pretty prolific writer about Science and Science Fiction - both my passions - and published nearly 100 books which led me to the inventions that I have made that can help save our planet before we go over the Tipping Point, just a few short years away where the Earth will start to emulate the climate on VENUS which is 900 Deg. F. and nothing can survive - also due to the Green House effect of too much CO2 in the atmosphere. Let's get moving!!! .